The dancing flames of a campfire…The clear, starry night sky…the earth’s natural elements are so beautiful, so pure. There’s something so relaxing about being out in nature.

So Conor and I had been speaking with some friends for a while about going camping and we finally did it. Unfortunately we could only stay one night, but we had an amazing time. Conor had previously seen pictures of a place called Archers Point where you can camp, close to Cooktown, so we decided to head there.

The drive would take a few hours so we met up at 5:30am in Port Douglas and hit the road. We decided to take the coastal route there and the inland way back. Although the coastal route is shorter, it takes longer due to the 4WD track. Both routes are scenic in their own lovely way.

We made good time up to the Daintree Rainforest, across on the ferry, and up to Cape Tribulation. The sun rose as we passed through Mossman. Here we stopped for a walk on the beach. It was about 8am by this time. Cape Tribulation is beautiful at any time of day, however this early in the morning it was sensational. We had a quick walk before returning to our cars to tackle the Bloomfield track.

For anyone who doesn’t know, the Bloomfield Track is classed as an easy-moderate 4WD track. Conor and I had done it before, although it had changed a little. It includes a few creek crossings, lots of rocks to drive over, unsealed roads, and some super steep hills. It was good fun doing the track with the three cars in a convoy this time. I think it took us around 1hr20 to complete the track.

Once you finish on the Bloomfield, you can take a tiny detour to Wujal Wujal Falls, which is exactly what we did. The cascading waterfall made a lovely place to reconvene after the 4WDing part of the adventure was over. 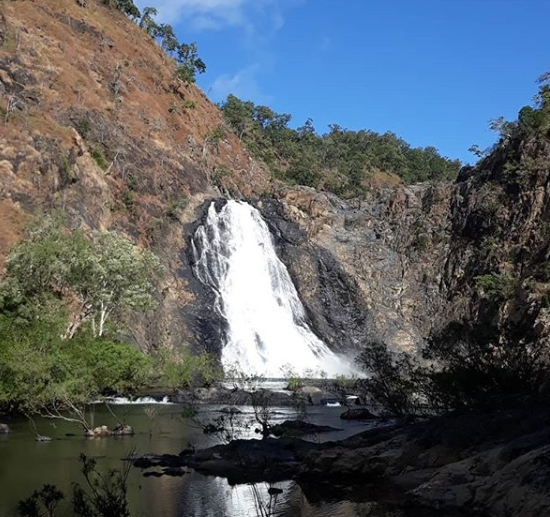 From Wujal Wujal, it’s only a short drive to pub number one: Lions Den. From what I’ve heard, having a drink at Lions Den is basically a rite of passage when you’re travelling north, so it seemed that it would be rude not to stop. Lions Den is everything a pub should be – it’s cheap, has a small selection of beers and other drinks, it has a great outside area… On top of that it also has a small museum with various bits and pieces, a gift shop selling branded and local items, and walls that have been signed by many explorers and adventurers who have passed through. As we cheers-ed our beers, sitting in the sun, I felt so happy about the way this trip was going so far.

Next stop: Cooktown. You actually pass the turn off for Archers Point on the way to Cooktown, but we wanted to grab a pub lunch and some supplies before we headed down. Cooktown itself is small and rather quaint, but very pretty, especially in the sun.

It has all the bare necessities – an IGA, post office, a couple of pubs, a souvenir shop… so we grabbed lunch in a pub called The Top. Conor and I had our hearts set on a chicken parma already, however they did have some excellent specials on. 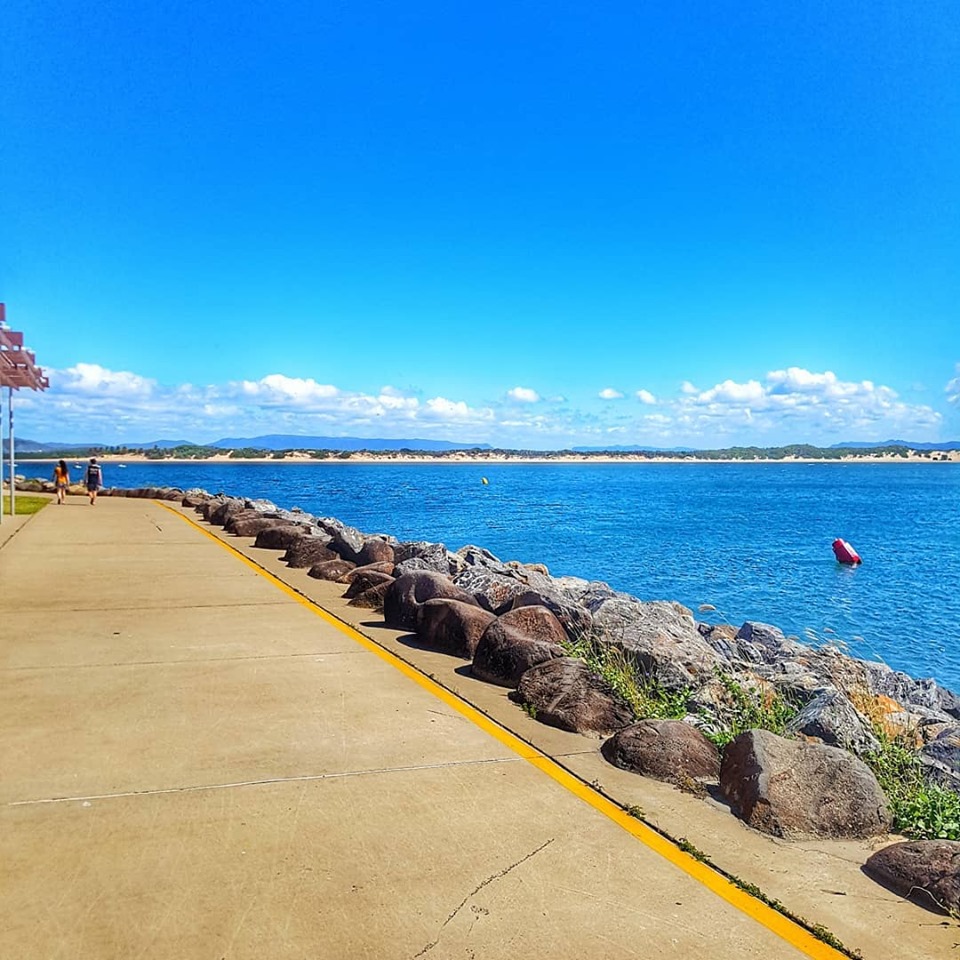 After lunch we popped to the souvenir shop to pick up a car sticker, then onwards to IGA, and finally Archers Point. Archers Point is the most beautiful places I have ever seen in my life, truly breathtaking. The ocean is such a deep blue, with majestic green mountains standing behind it. A green mangrove island sits in the sea, which is lined with soft, powdery, white sand. Then behind the sand is thick bushland. Although there are no camping facilities at Archers Point, bush camping is allowed, and there were plenty of people there. However we found a large area big enough for all of us, set back from the beach (and therefore the wind and the crocodiles). We parked the cars in such a way that any wind would be blocked and began to set up camp.

It was afternoon by this point. We set ourselves up on a sandbank with camping chairs and beers, as the boys had a go at kite surfing. It’s truly heavenly to just sit and soak up such stunning surroundings. 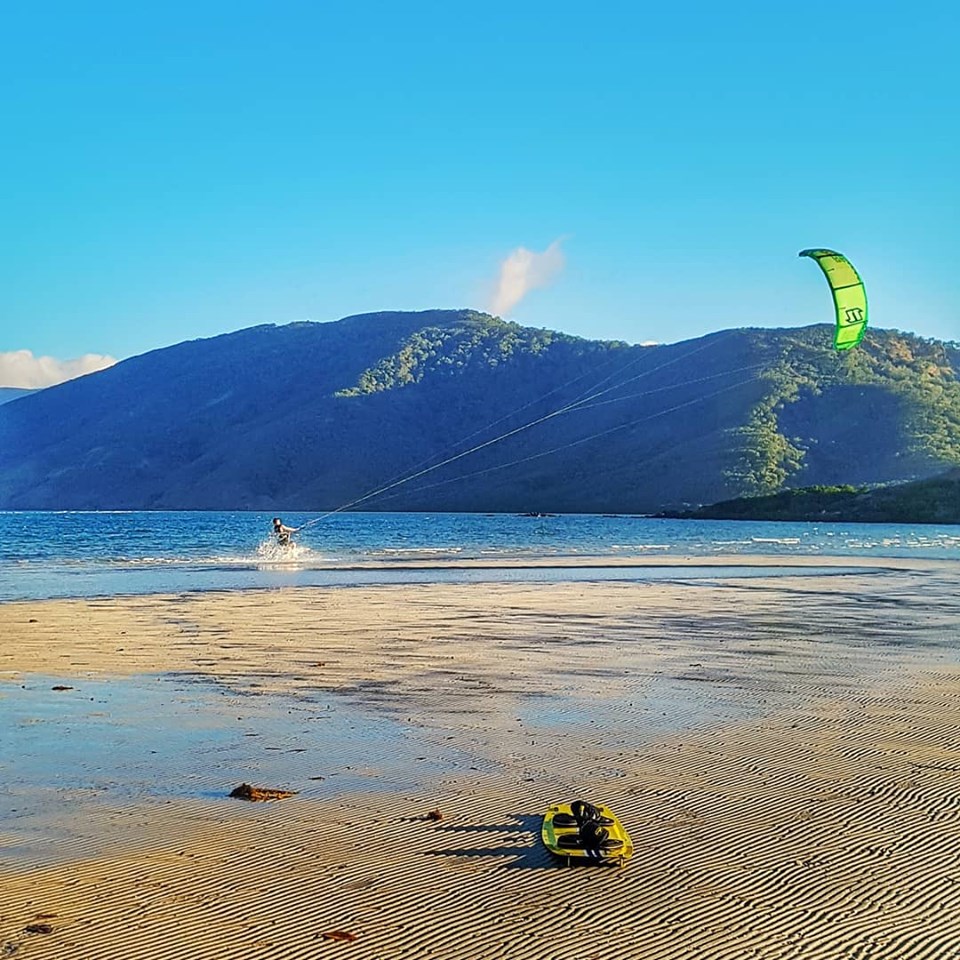 When we sensed the light was beginning to fade, we carried our things back to our camping area. We collected wood and built a fire, and began to cook fajitas. We spent a lovely evening eating, drinking, and chatting around the campfire. Myself and a friend wandered down to the beach before we went to bed, just to enjoy the peacefulness of the clear night sky – bliss.

The next morning we enjoyed coffee and bacon and egg sandwiches as we packed up. We hit the road back, via the inland route. We stopped in a few small town pubs, which is always nice. We also stopped to look at Black Mountain, a mountain made of black rocks that’s stopped in superstition and laden with tales of people going missing. 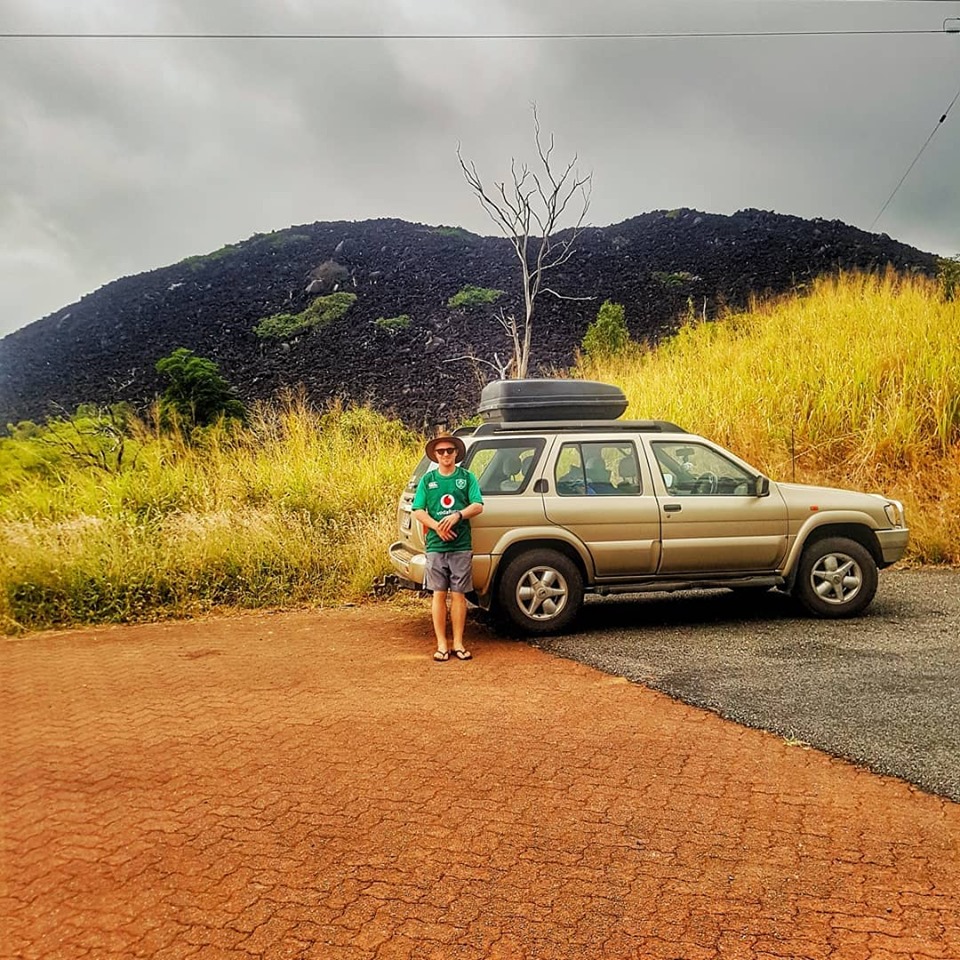 By the time we got home we were exhausted, however we were already planning the next trip. I can’t wait to go camping again.

There was an error retrieving images from Instagram. An attempt will be remade in a few minutes.