Camping by the Mitchell River

Earlier this week, Conor and I set off with a few friends for a 2-night camping trip. We headed to a remote bush camping area on the banks of the Mitchell River, close to Cooktown Crossing, approximately a 1.5-hour drive from Port Douglas. 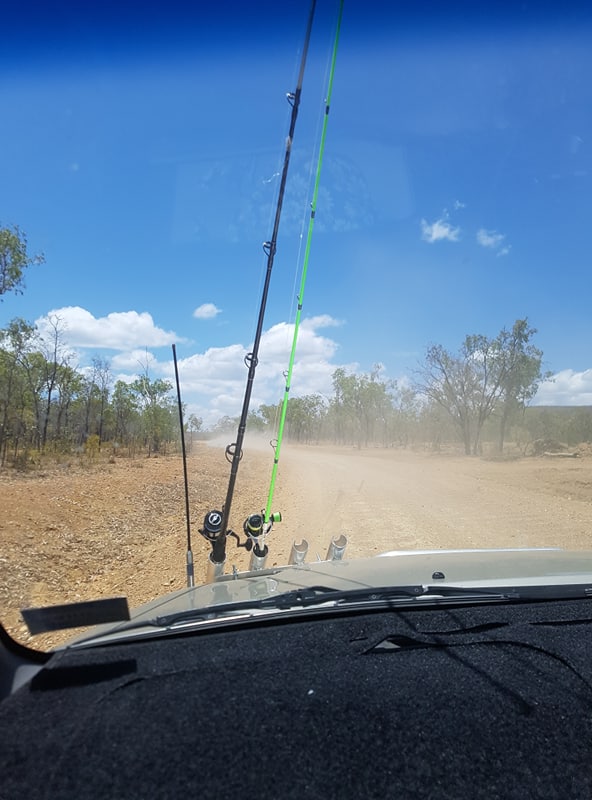 After stopping for an obligatory beverage at Mt Carbine Pub, we drove the last few kilometres. As we turned off the highway, we were a little disheartened to see that the road turned to washboard – code for bumpy and uncomfortable ride. We were particularly concerned as we had loaded our roof rack with supplies. After about 10 minutes (although it felt like much longer), the road turned to sand. We switched the 4WD on and this was a much smoother ride. 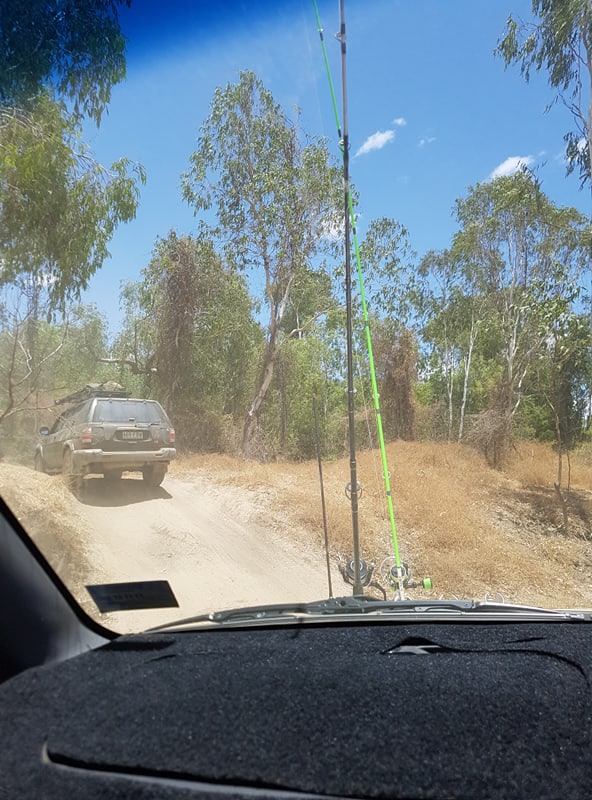 Soon we pulled up at a large clearing, easily big enough for the three cars parked with a big open space in the middle.

Conor and I were keen to set up our new tent from Adventure Kings – it was super easy as it simply attached to the awning, leaving a huge inside space with big windows showcasing the beautiful view.

It was a ridiculously hot day, so once everyone was set up, we were keen to move into the river to cool down. The water levels were fairly low due to lack of rain, however there was enough water to cool down, float along on a lilo or floatie, or catch some fish. Apparently there may be freshwater crocodiles in the vicinity but we didn’t see any. The water was extremely refreshing, and we spent the afternoon catching fish (there were plenty to be hooked), floating around, and enjoying drinks in the river, occasionally stepping out to relax in the sun, grab another drink, indulge in some snacks, or re-apply sun cream.

Around 5pm when the sun started to go down, we headed back to our seats and began building a fire. We changed out of our swimmers and sat around chatting and cooking on the fire.

The next morning we were up pretty early to enjoy coffee and a delicious breakfast cooked on the campfire. We took a short walk through the bushland to a different spot further down. The area was stunning, however the water was darker so I didn’t fancy swimming, and Conor wasn’t catching any fish there, so we decided to head back and cool down in the river, as it was another extremely hot day. We ate some of the fish that we had caught the previous day for lunch, along with some pancakes, then wandered down to the weir at the other end. We sat in the cool water for a little while before heading back to camp to enjoy the river for a little longer before the sun began to go down. 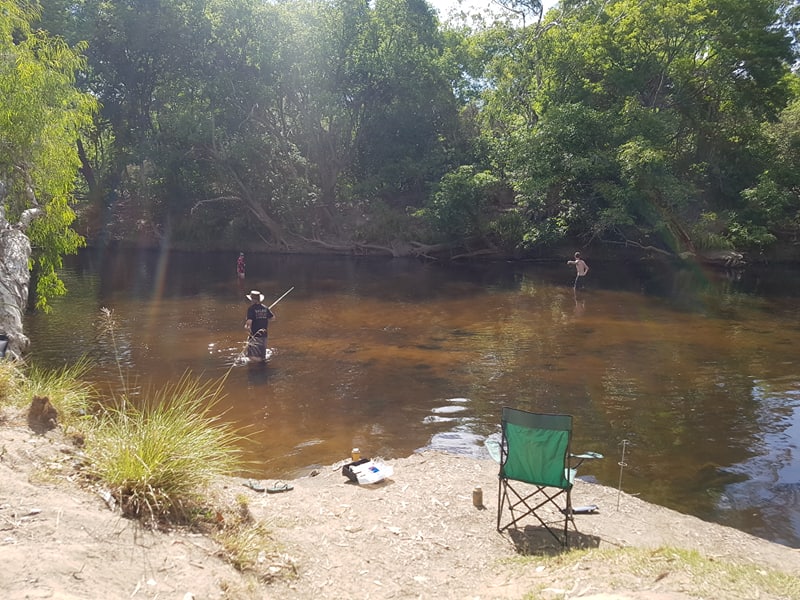 A small rain shower brought cooler temperatures which we welcomed, however it also seemed to bring out a crazy number of flies. Fortunately we had a supply of mosquito coils to keep them at bay. We cooked burgers, sausages, and corn on the fire for dinner, and enjoy another relaxing evening drinking and chatting, before heading to bed.

On the final morning we ate another tasty cooked breakfast, before packing up to head back to Port Douglas.

Overall this is one of the most beautiful places that I have ever been camping. It’s different to other camping trips for me because you feel truly cut off from the rest of the world. I found it so easy to relax and detach myself from everything else that was going on. Although there are other campers along the river, it still feels quite secluded. It is bush camping so there are no facilities, and you have to be entirely self-sufficient, so definitely go prepared!

2 thoughts on “Camping by the Mitchell River”